When Charleston's oldest clothier calls you in to help celebrate their centennial anniversary, you suit up, and show up.

Located on the corner of King and Society Streets, M. Dumas has been stylin' and profilin' the Holy City for 100 years. To celebrate the monumental anniversary, we pitched a brand-new ad campaign that infused notable Chucktown destinations with a panache wardrobe to match. With photographer Kirk Chambers behind the lens and OM as his shadow, the campaign came to life with a series of images to be used throughout the year in both print ads and social media.

The campaign 'models' feature all true, Dumas customers (and even yours truly, Jenny), and the creative celebrates not only the store's anniversary, but perfectly captures some of life's most memorable moments, both big and small.

Dumas, thank you for all you've contributed to Charleston and for making us all look damn good in every decade. Pass the champs because looking good never goes out of fashion. 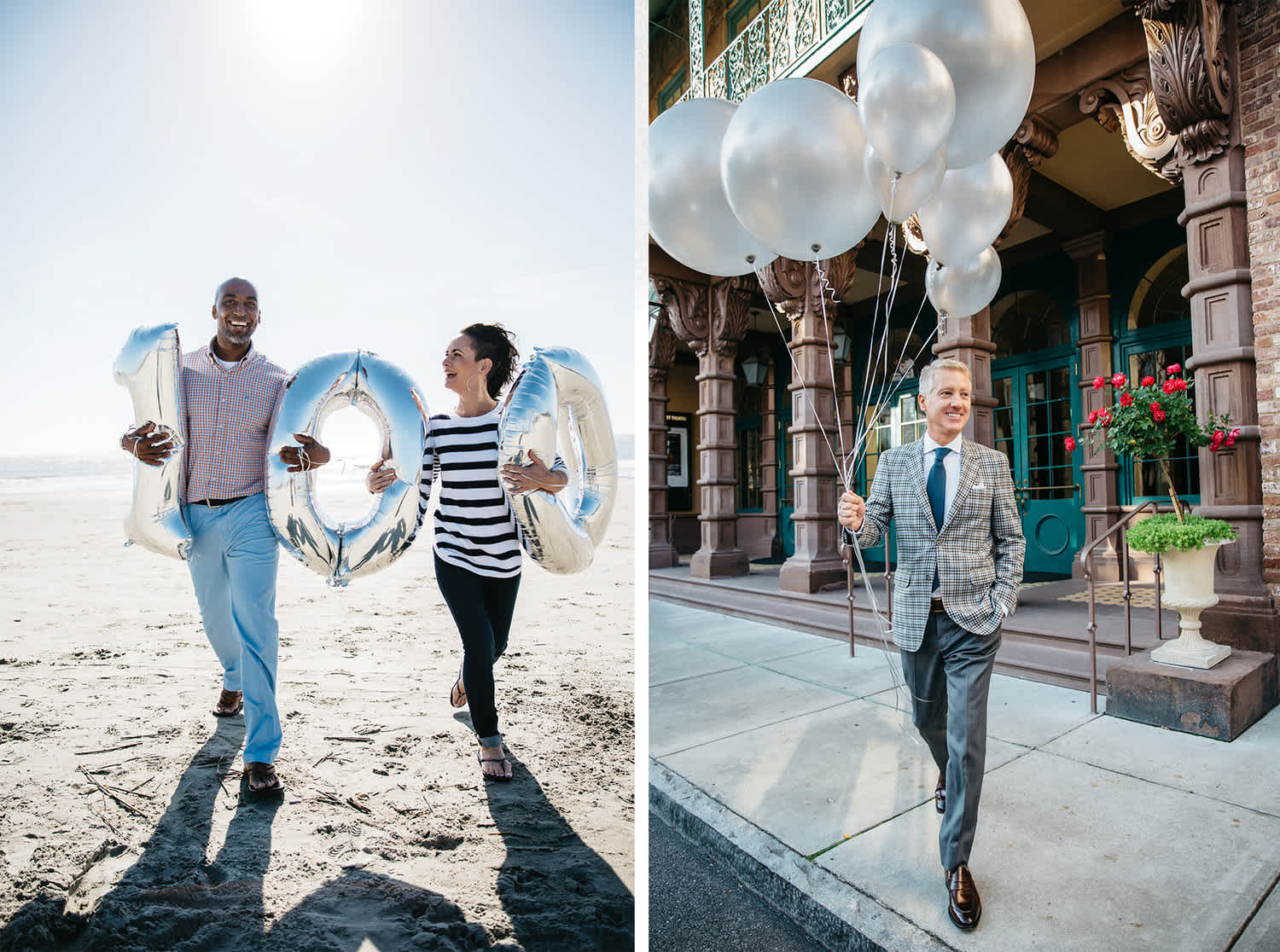 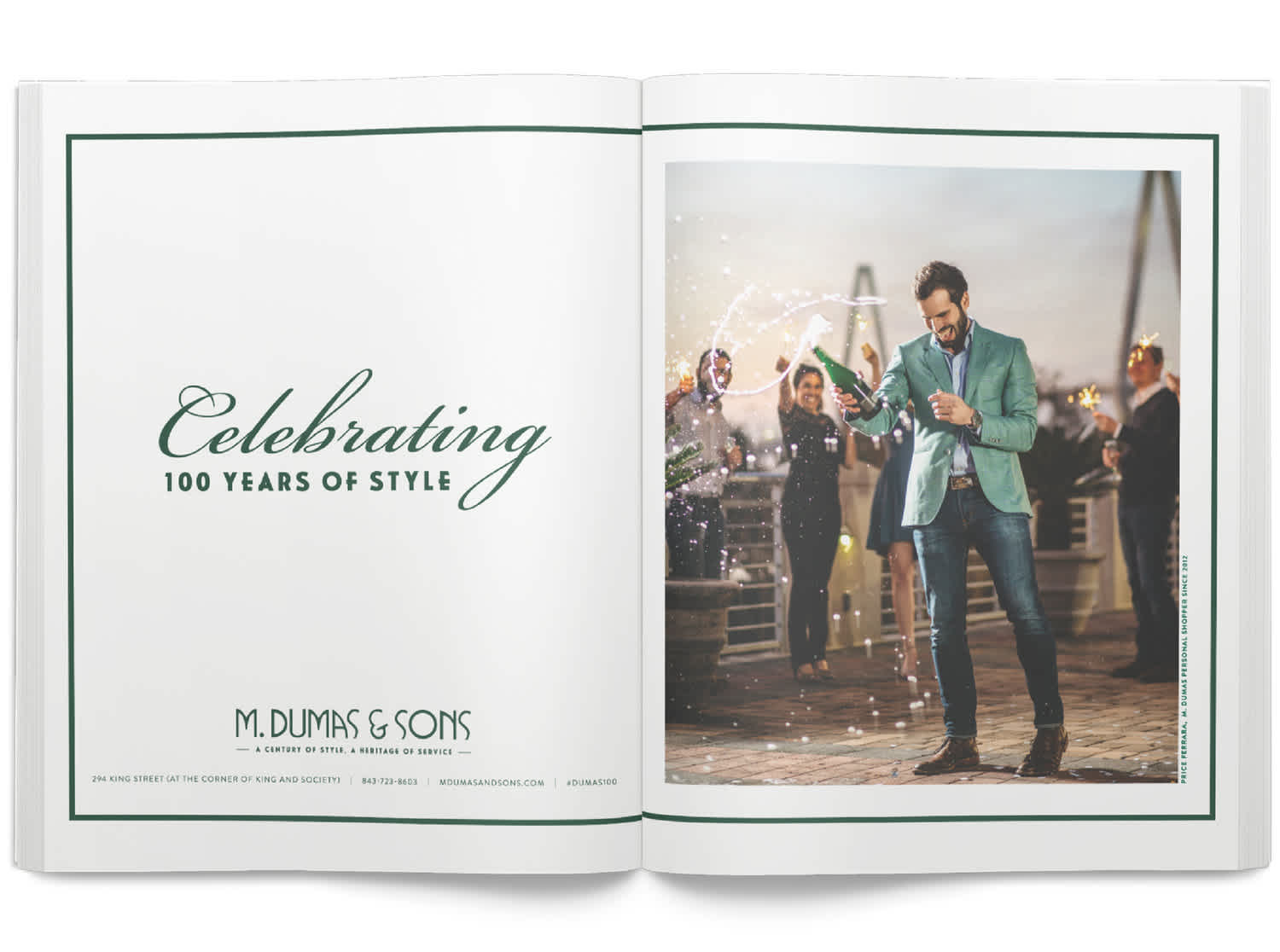 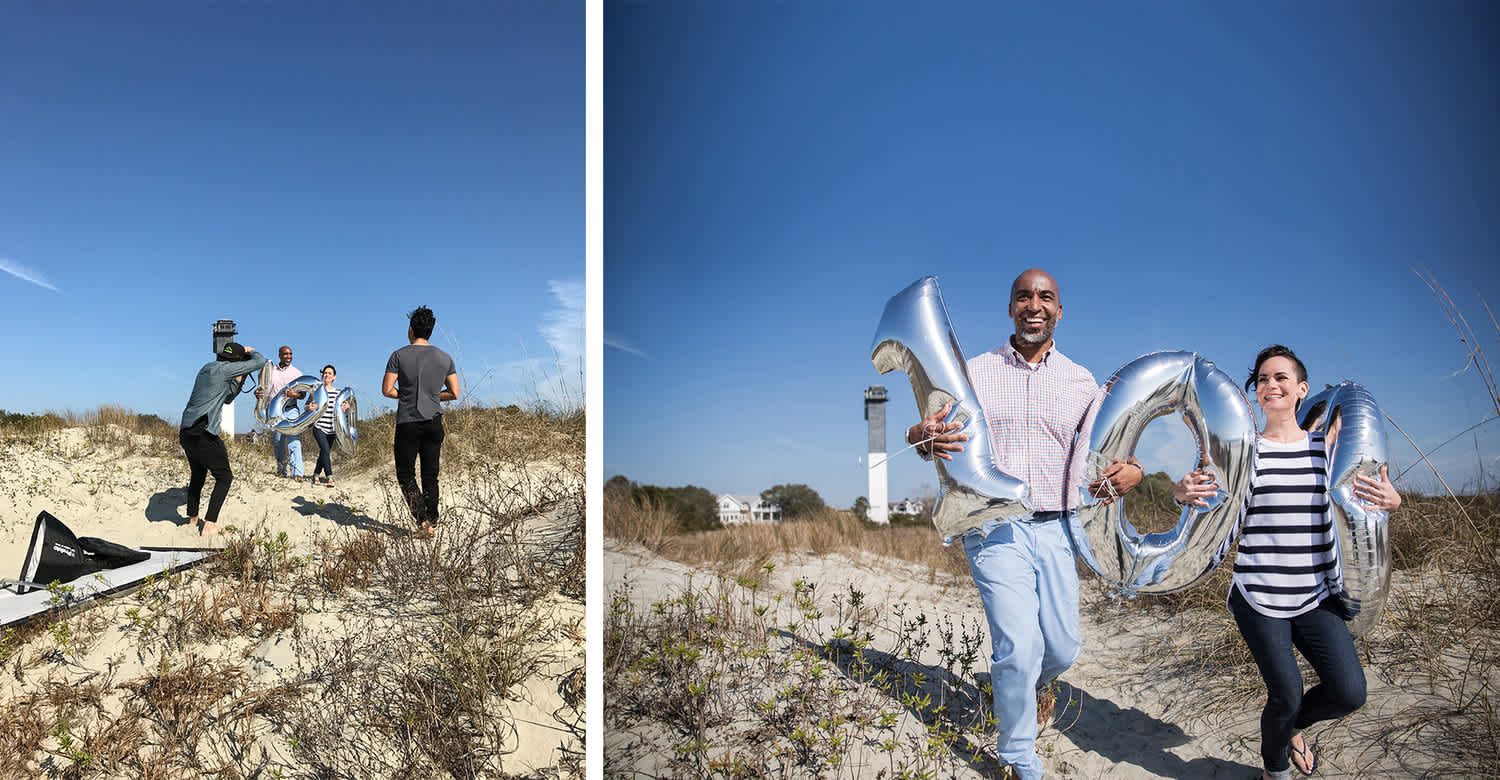